Google+ is finally live and working well. Google+ has been dubbed Google’s last chance to break into the social media scene. While early attempts Buzz / Wave / etc did not lead to success for Google , this new roll out has seemed to hit the mark. I’ve been using it and it seems to be focused on doing social done right. Many of the concepts are a refreshing adjustment to the Facebook and Twitter concepts and they have been instrumental in introducing a new way to segregate or categorize “Friends.” This feature enables what’s coming to be known as “friend management,” which simply means it allows you to create separate networks, or circles, for the people you interact with on various levels. For instance, you can create a circle just for family, which can include aunts and uncles, while having a separate, private circle for your drinking and poker-playing buddies. And, as Google notes, you can even put your boss in a circle all by himself.

Circles are the perfect companion to a feature that Google has dubbed “Huddle.” It’s a group messaging service that sends notes only to those people who are part of a circle. So, you can use this feature to arrange a night out with your friends without worrying about your crazy cousin — or even worse your crazy boss — asking to tag along.

Suffice it to say that Google+ is designed to make the Google platform more than a mere information hub. Its purpose is to close that gap in the amount of time people spend on Google’s sites versus Facebook. From my initial analysis of the product, it has a chance to do that, Although the system needs some work on how to search for and connect with people or friends. 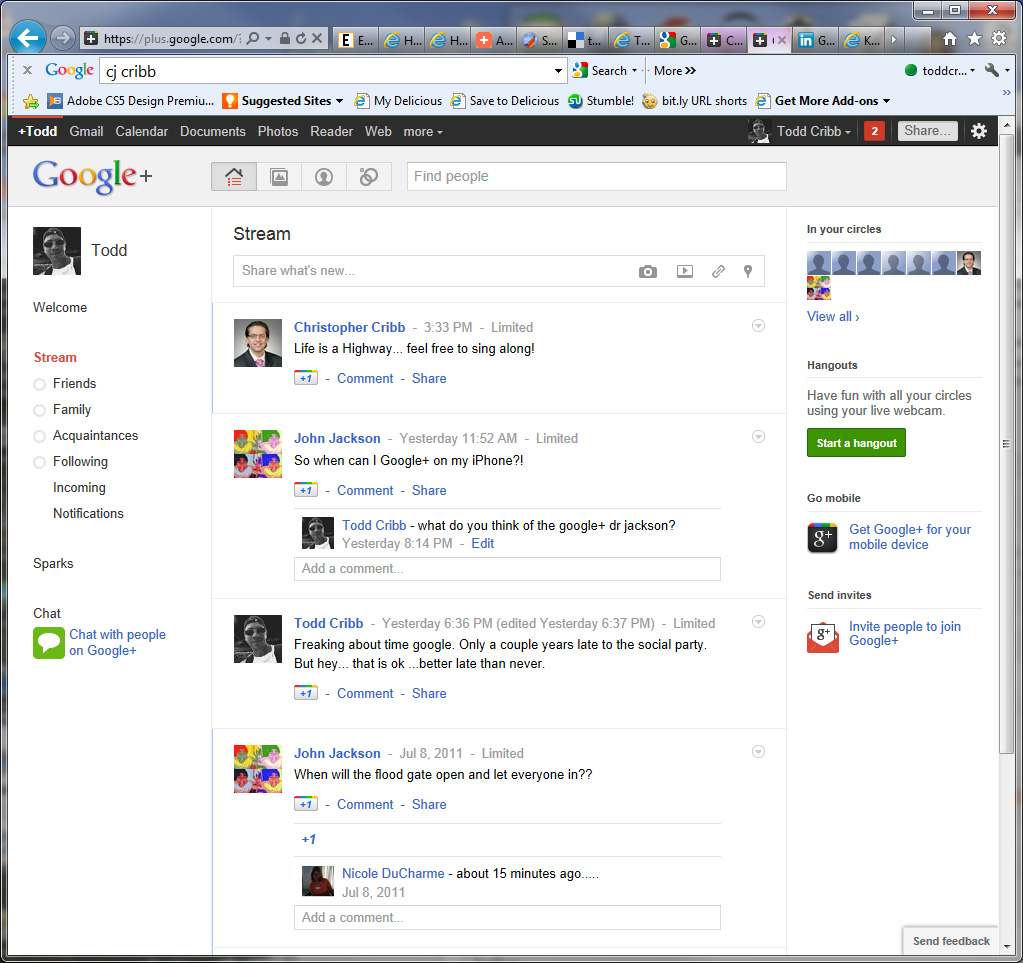 This entry was posted in Internet, News and tagged google.